The French painter Jean-François Larrieu, was born on February 28, 1960 in Tarbes (Hautes-Pyrénées). Even though he describes himself as self-taught, Jean-François Larrieu, endowed with a precocious gift for art and painting, joined the François Villon painting Academy when he was eleven years old. One year later in 1972, he was awarded the Prix François Villon . Following advice given him by Jean Laforgue, Grand Prix de Rome, whom he met in 1973, he chose the artistic path: he would become a painter. .In 1978, he was already awarded a painting Prize from the Musée Béarnais of the City of Pau and his first museum exhibition was held. In 1982, Jean-François Larrieu settled in Paris, and shook up the habits of the artistic milieu in the capital. In 1987, he became co-founder of the Defense Committee for artists of the Grand Palais that denounced the precariousness of the independent artists’ associations. His works henceforth were to found on the walls of many Salons and group exhibitions such as the Salon Comparaison, Figuration Critique and of course the Salon d’Automne where he became a Board member in 1990. Today he is its President, attempting to bring back the past splendor of that prestigious Salon that was presided over by such important artists as Rodin, Renoir, Maillol, Hugues, Desvallières, Brayer…Through his pictorial expression, Jean-François Larrieu is the direct descendant of the painters Paul Klee and Joan Miro, whose ” visual vocabulary is delectable in order to go beyond the real world and to attain the visual metamorphosis of a universe wherein mankind remains the chief subject of a poetical sur-reality” . His favorite subjects are trees, a re-emphasis of roots and the absolute necessity for a genuine blossoming and for man’s survival. Jean-François Larrieu superimposes forms, creating a knowledgeable and joyful architecture carrying multicolored signs not to mention multicultural, universal ones. In fact, through his pictorial language, his landscapes peopled with magical huts, figures and birds, he is opening up a door, a pathway towards known and unknown marvels, caught up in a musical cadenza in which the imaginary is king. Since 1982, Jean-François Larrieu has had over sixty one-man shows and many group shows all over the world. From the very start, his work has been the focus of museum exhibitions in France and abroad. To wit, his show at the contemporary art museums in Moscow and Saint-Petersburg in 1991, in the Beirut Museum in 1993, in the Museum of modern art in Tokyo and in the informal art museum in Nakagawamura in 1994, in the Fine Arts museum in Shanghai in 1995, in the Okinawa Garden Museum, in the Fine Arts Museum in Bordeaux in 1998, in the National Chinese museum in Peking in 2001, in the National museum in Taiwan, in the Fine Arts museum in Kaohswing in Taiwan in 2004…The Opera Gallery in Singapore, Paris, New York, London, Miami, Venice, Hong Kong and Seoul regularly presents his works. 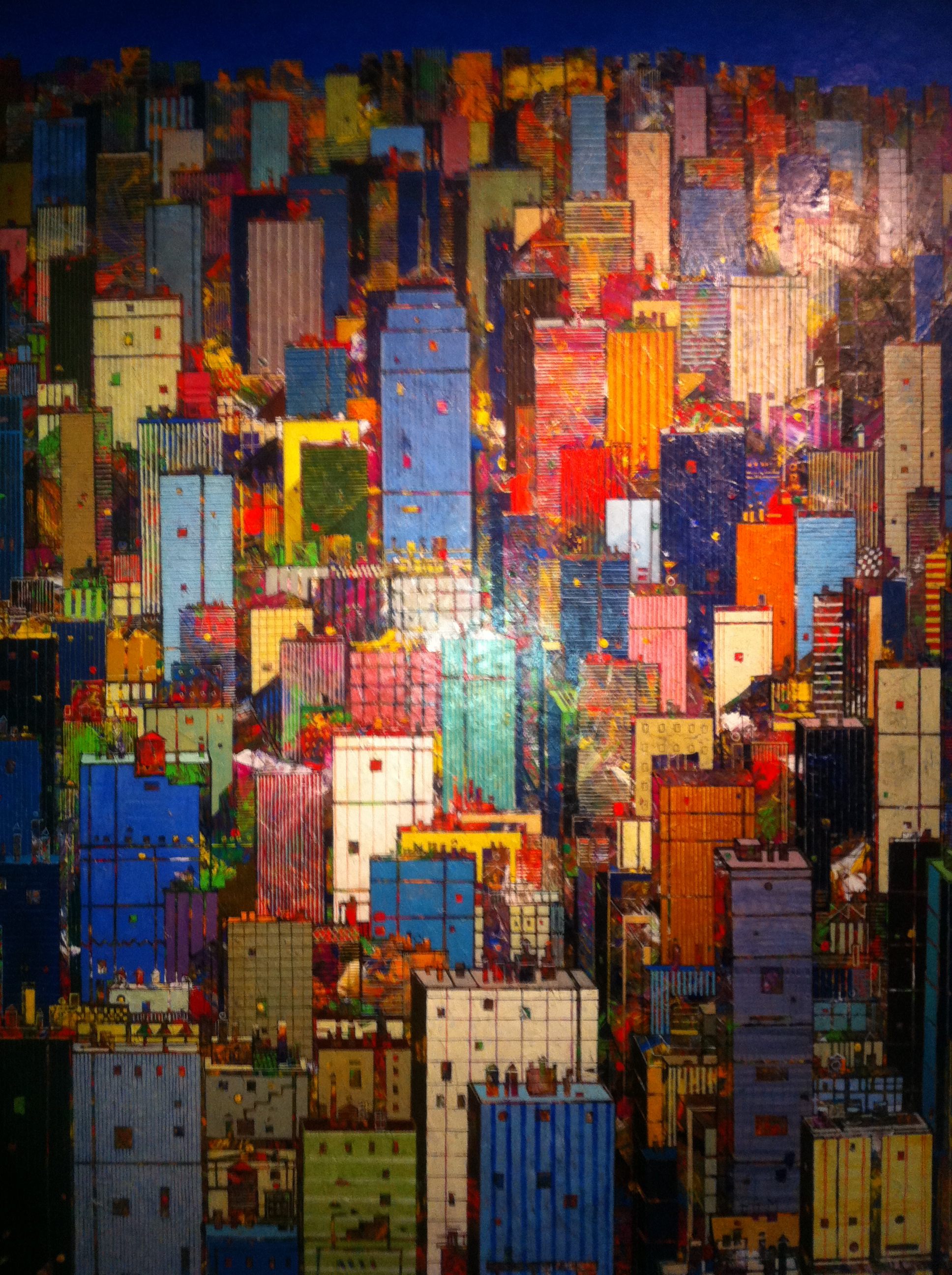 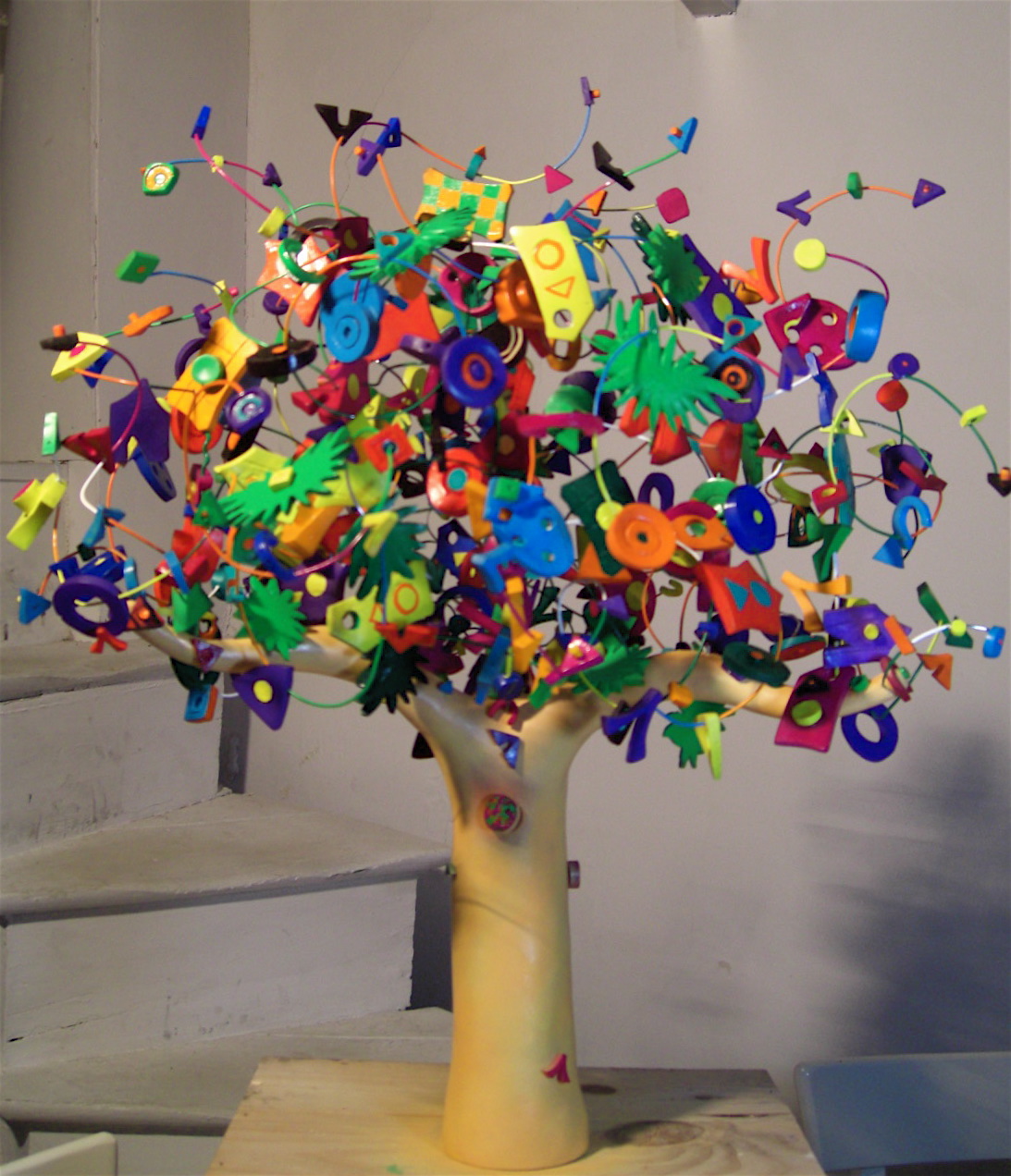 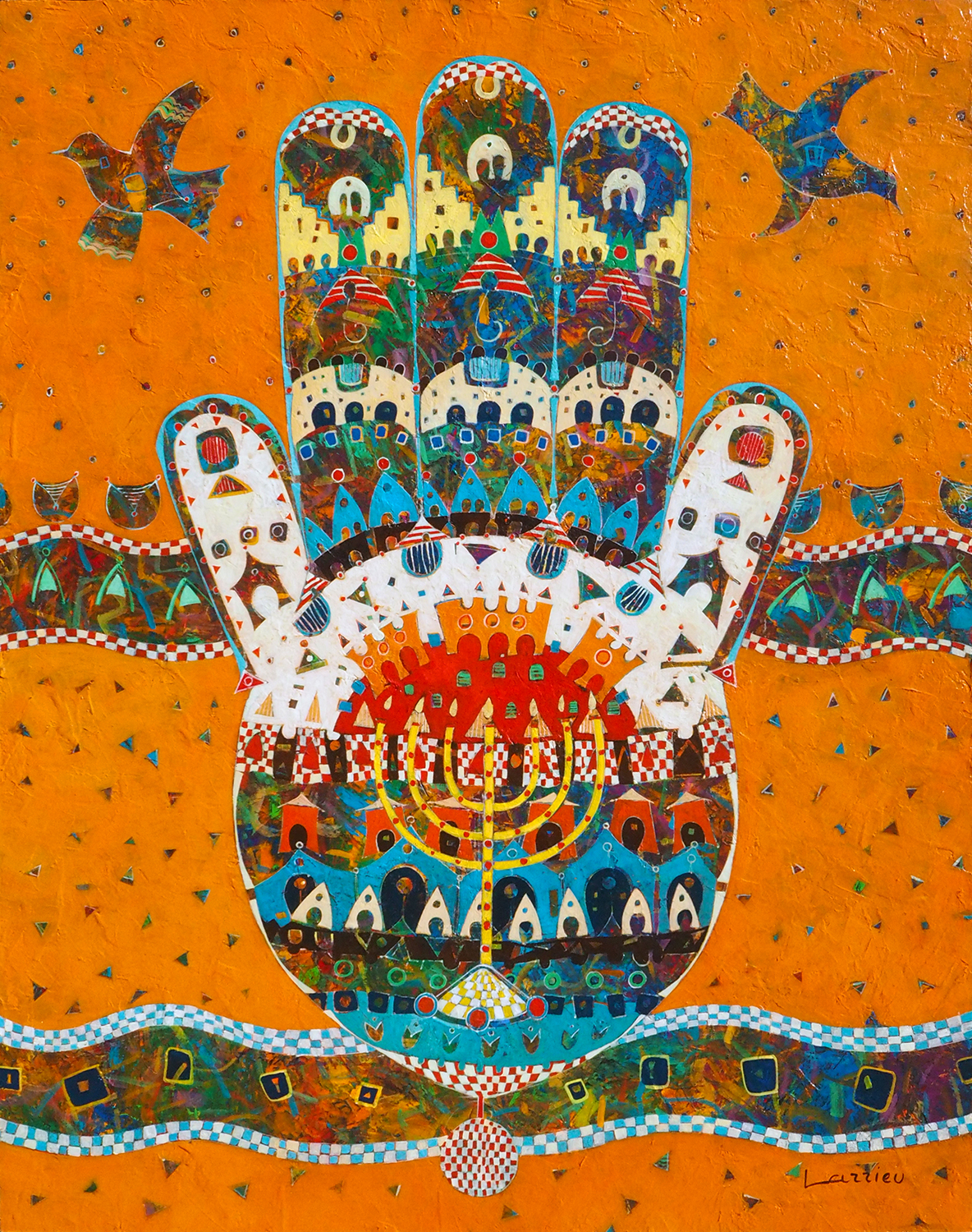 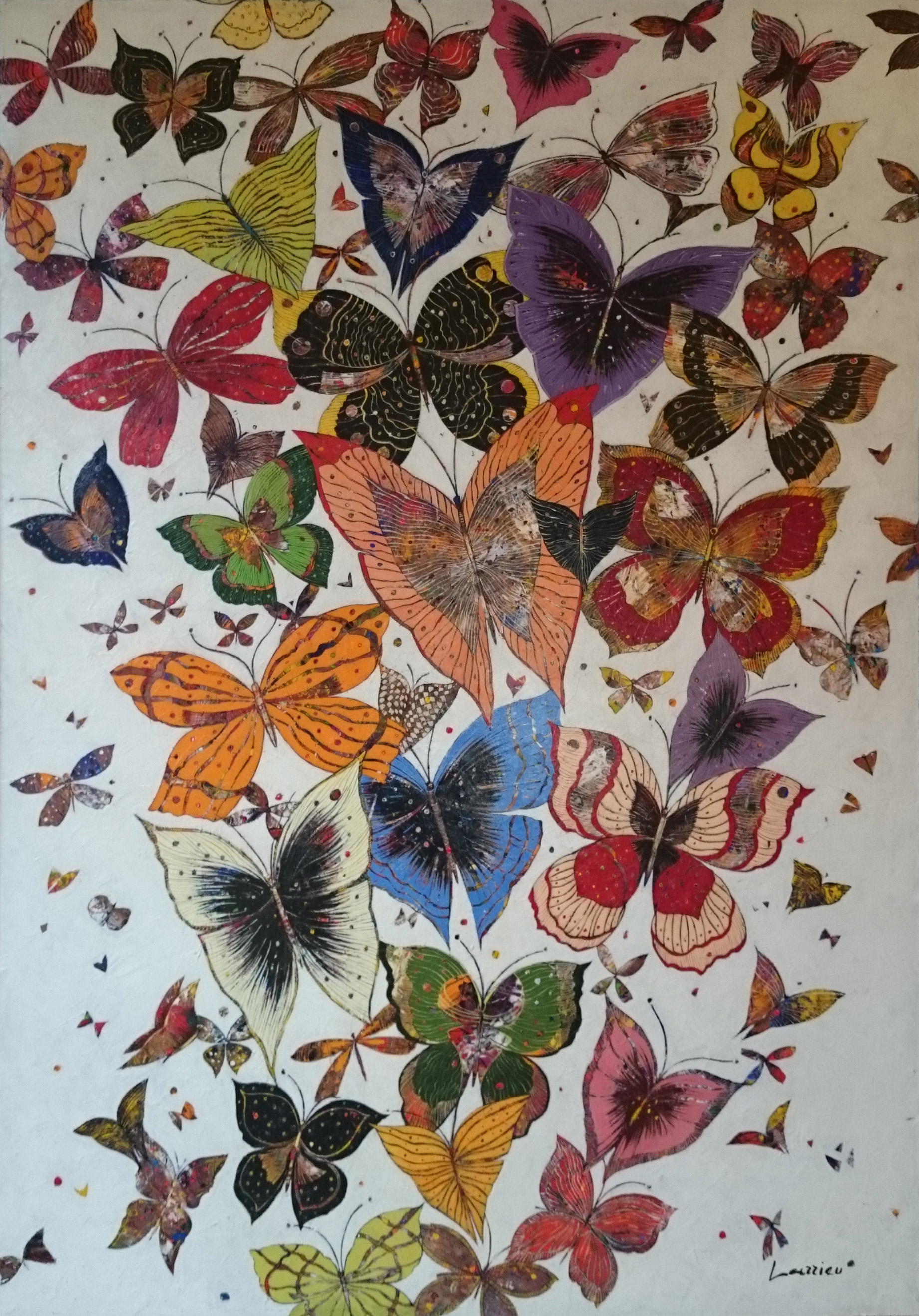 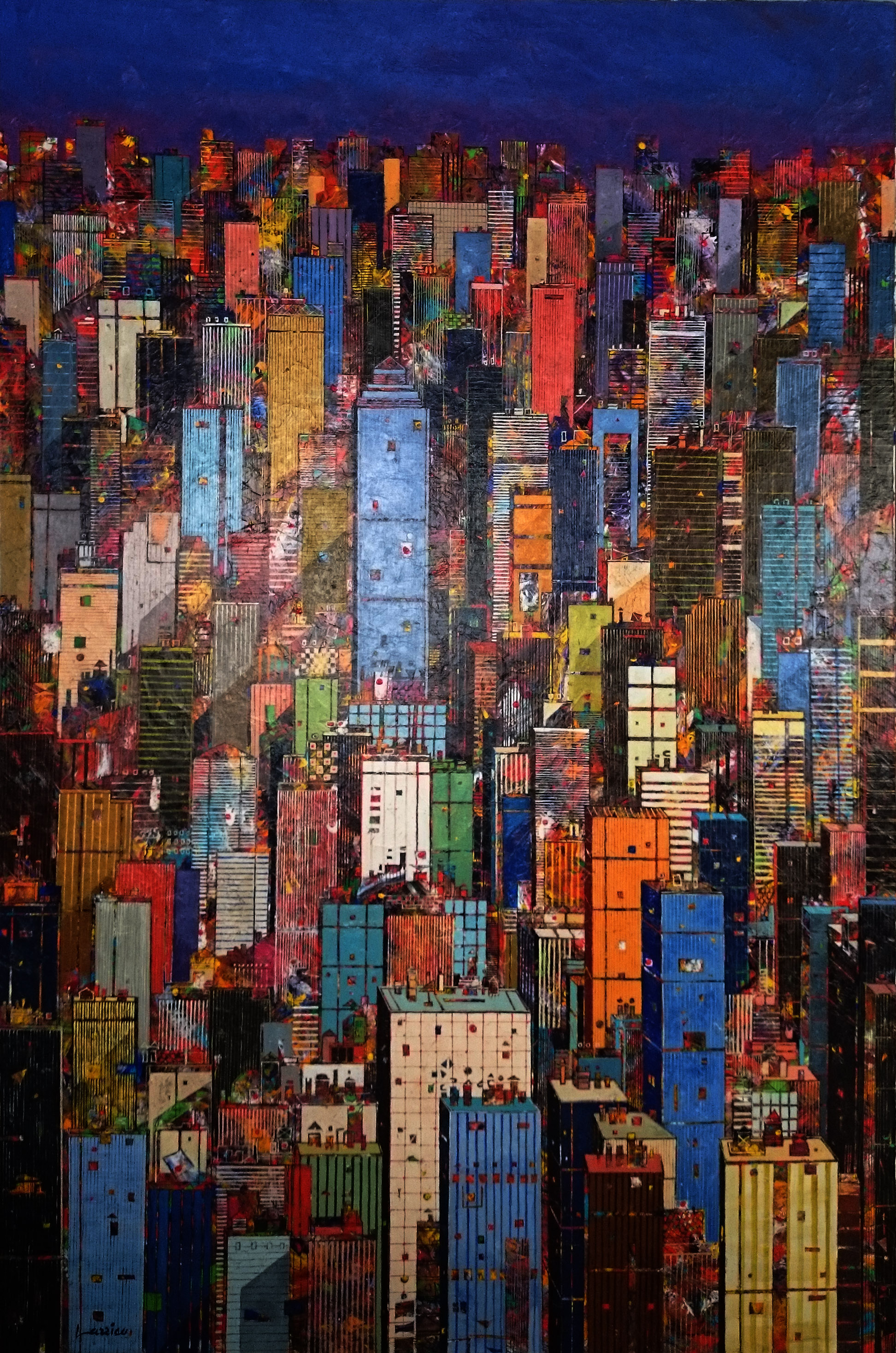 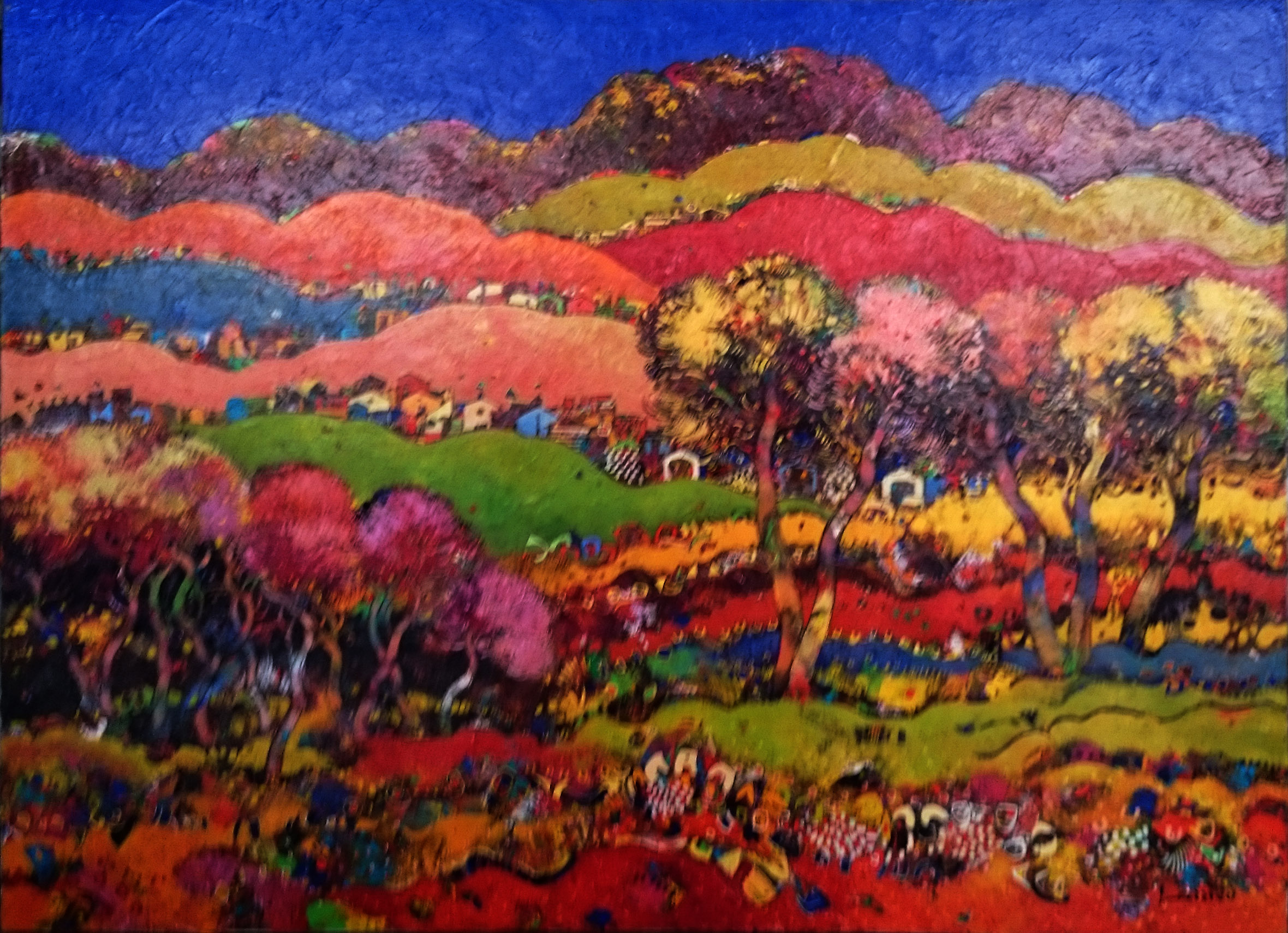